Born in 1964, Karsten Wichmann grew up in Bremen. 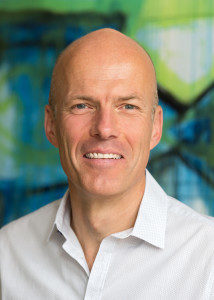 He is married with one daughter. Wichmann studied for a degree in medicine at Marburg and Berlin universities. He spent some time in the UK before obtaining his medical licence in 1993 and graduating in 1995.

In 1993 he began specialized training in orthopedics in Berlin and finished it in 2000 under the tutelage of Professor Lenz in Bremen. In the meantime, three years working as assistance doctor in Traumatology and General Surgery.

Since 2001 self-employed in the practice Sportorthopädie Bremen.

Additionally, be holds certifications in sports medicine, chirotherapy and acupuncture and qualifications to attend advanced training in orthopedics. Karsten Wichmann has been an official

FDM practitioner (after Typaldos) since 2009 and an FDM instructor since 2011.

He is an active triathlete.